Take our HESI reading comprehension practice test to prepare for your upcoming exam. Our practice test is 100% free and includes answer explanations and is timed.

The HESI A2 reading comprehension portion of the exam can give students plenty of trouble. Make sure you know what to expect by taking a practice exam beforehand.

You can use our answer explanations to better understand why an answer was correct or incorrect. Be aware of the timer as well as many students run out of time on this section.

For additional help, use our HESI A2 prep course.

Prep with peace of mind with our 100% pass guarantee. 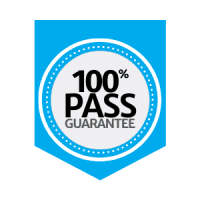 You can double check with your school or program to verify which sections you will be taking when you take the HESI A2.

You will not know which questions are scored and unscored – so try your best on all questions when taking the exam.

You will have 60 minutes to complete this portion of the exam.

Some topics you may be tested on could include:

If you want to learn how to solve these types of problems, take our HESI prep course.

If you are looking to practice for other subjects, check out the following:

This article was crafted by a member of the BoostPrep team who specializes in HESI test prep.

How to Study for the HESI Test

What is the HESI Exam?

Prep with peace of mind with our 100% pass guarantee.