The Law School Admissions Test (LSAT) is a difficult exam used by law schools to determine admission into their programs. Use our LSAT practice test to prepare for the exam.

With law programs placing a big emphasis on the LSAT, it is important you are fully prepared.

There are 3 LSAT sections that include multiple-choice questions. You will find LSAT example questions in our free LSAT practice test below.

These explanations will help you better understand the LSAT sample questions and learn the concepts.

What is the Best Way to Practice for the LSAT?

One of the best ways to practice for the LSAT is by taking a previously administered LSAT exam. By answering real LSAT questions, you will become more familiar with the exam before test day.

Not only will you become more familiar with the exam by taking a LSAT practice test, you will also better understand which topics you need to focus your studies on. This will help you save a ton of time when studying for the LSAT.

If after taking our free LSAT practice tests you find yourself needing more help, consider investing in one of the best LSAT prep courses.

What is a Good LSAT Practice Score?

Our practice exams consist of 6-10 questions. The average LSAT score is 152. If you wanted something equivalent on our LSAT practice test, you would want to score around 70% on our exams.

However, do not be discouraged if you score lower. Use our LSAT practice questions to learn and advance your studies. You can learn more about LSAT scores in our guide on that.

How to Use Our LSAT Practice Test

After answering LSAT practice questions from each section, you would then review your answers and use our answer explanations to better understand how to answer certain questions.

The biggest mistake students make is taking the exams, then not reviewing their answers or the answer explanations.

Even if you spend 2 minutes reviewing the answers and explanations, you may find a different method to answer a certain type of LSAT question, which could come in handy when you take the actual exam.

About Our Free LSAT Practice Tests

You will find a LSAT diagnostic test for the following LSAT sections:

Read below to find out what kinds of LSAT practice questions you will see on each section. For more information on the LSAT and the various sections, check out our guide on the different LSAT sections.

When practicing this portion of the LSAT, you will be given a passage or block of text and asked to answer various questions. This portion is often referred to as “Arguments.”

When practicing this portion of the LSAT, you will be given a “game” and asked to answer various questions related to the “game.”

The “game” contains a situation that involves organizing or grouping various entities in order, to specific attributes, or putting them in groups. You are then given various rules that constrain the organization of the situation.

This portion is often referred to as “Logic Games.”

When answering LSAT practice questions on this section, you will be given passages and asked to answer different questions.

How long should I practice for the LSAT?

You should study the LSAT for as long as it takes for you to feel comfortable for the exam. With that being said, it is generally recommended to spend between 150 and 250 hours of total study time before taking the LSAT.

If you are not looking to cram, this can be spread out over a 2-to-3-month period. This breaks down to between 20 and 25 hours of studying per week. If you want to study less per week, ensure that you give yourself a longer study period.

Is the LSAT the one of the harder standardized tests?

The LSAT is definitely up there with harder exams. Many people put the LSAT on par with the MCAT, GRE, and GMAT. 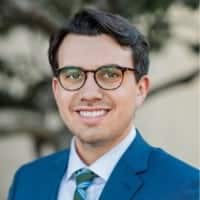 Vincent Gullo is a master's students at Tufts University working towards his Masters in Law & Diplomacy.

He is also an LSAT prep course teacher for Kaplan. Vince has helped students reach scores in the top 10% of all test-takers.

How Hard is the LSAT

How to Study for the LSAT

How to Get Into Law School

What is on the LSAT?

What is a Good LSAT Score?